From the law office to the ice of the north. The story of Alessandro Seletti.

We all dream of turning our passion into a profession, but only few succeed. Alessandro began to cultivate his dream as a child, when his parents gave him a camera, which he turned into a one-way ticket to discover the world.

"In Italy it's almost impossible to live only as a wildlife photographer," he tells us. However, Alessandro Seletti is a demonstration of how, thanks to such determination and flexible work, it is possible to reconcile two apparently very distant worlds.
He is unfortunately still unable to support himself with his camera, therefore he works as a freelancer in a law office, whose owner offers him great freedom in organizing long trips and expeditions.


The attraction to nature

"I believe that attraction to nature is inherent to man. Personally, I've never stopped getting emotional or watching around me."
In this spirit, he has travelled in the last fifteen years through northern Europe, far and wide throughout Scandinavia and across the Russian border, bringing home pictures which are expression of freedom and amazement.
He doesn't like over-studied shots, at most he composes them by working with imagination. All his pictures are the result of patience and adaptability even in the most difficult conditions. The unpredictability of nature is expressed through the most unexpected gestures, so the photographer has no choice but to wait.


Experiences that stick in the mind. The uncontaminated Norway of Alessandro Seletti.

In many years of travels Seletti has collected thousands of photos, some of which are published on his Instagram and Facebook profiles. If we could make some of his most significant shots speak, they would probably tell us about an anecdote that happened on a small island in Norway.

"A few years ago I was on the coast of Norway in the Vesterålen Islands. The island of Bleiksoya is a rocky spur that can only be reached by sea, where 100,000 couples of puffins nest in the summer. This also attracts around sixty sea eagles. The island is a nature reserve and thanks to a special permit I had the privilege to stay a few days in a tent. I was accompanied by boat and then by a lifeboat.  Remaining completely alone, I had to rightly follow the instructions of the authorities and I always stayed in the bay indicated to me so as not to interfere with the avifauna. In the evening, I climbed up a cliff overhanging the sea. Thousands of puffins returning to their nests, not at all intimidated, flew a few inches away from me. I still have the memory of the breeze on my face generated by their flight. All happened before the midnight sun."

The photographer from Reggio Emilia, who certainly doesn't live only on memories, is planning an expedition to the Svalbard islands, archipelago of the Arctic Sea. After the expedition he will publish a book which will collect testimonies from native inhabitants, regarding the impact that climate change is having on their lives.


Many trips planned but only one brand to fit his feet

In his last experience in Norway, during which he had to cope with low temperatures, mixed with humidity and mud, Alessandro used the 960 GUIDE GTX RR backpacking boots.
He tells us about the performance of this shoes: "I found myself facing different situations that made me appreciate their extreme versatility. These are very strong and robust boots, but with a low weight. In Northern Norway, I have done demanding trekking with a backpack weighing over 20 kg and in very wet areas, the ones you can find in the Lappish tundra. The boots have always guaranteed absolute impermeability and their sturdiness has allowed me to walk safely, even on the steep paths of the Vesterålen Islands".

He stayed for a few days in the highest mountains of central Norway, looking for the musk ox. Here the temperatures reached -15° and the ground was covered with by snow. "The 960 GUIDE GTX RR, also used with crampons, after two whole days spent entirely in deep snow kept the feet perfectly dry" - he says - "a mention also to the robustness and quality of construction: the photographer often takes care almost exclusively of the subjects to be shot and the boots are inevitably mistreated. After a month of daily suffering in the most varied conditions my 960 Guide Gtx RR, after careful cleaning, still looked new". 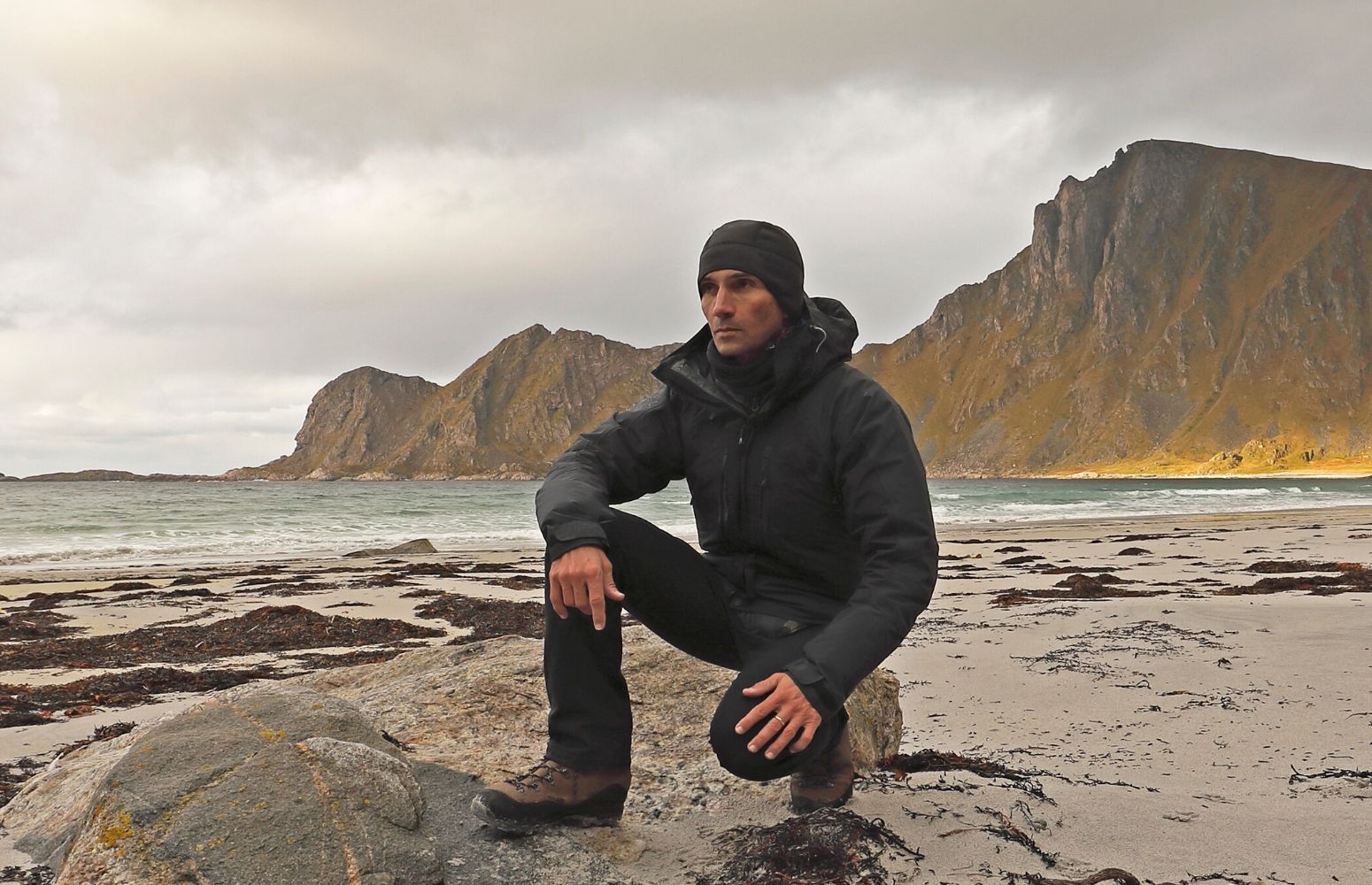 
Light and extremely comfortable shoes, as Alessandro defines them. He took them with him to Norway for a photo shoot on sea killer whales. "Thanks to the extraordinary grip of these boots even on the wet terrains, I was able to move quickly from one side of the boat to the other worrying only about the pictures. These boots are definitely suitable for outdoor activities without heavy daily loads, but they are also perfectly comfortable for crossing wetlands, as I did in the wooded and lake areas of Finland".

Fighting every day to turn your aspirations into reality is not easy, even if Alessandro Seletti teaches us that passion and determination can take you a long way. Zamberlan continues to walk with him and with all the people who love to put themselves to the test, providing support and boots with attention to every detail.

My abrupt return from Patagonia

Being a mom is an adventure!

5011 LOGGER PRO GTX RR S3, for those who live the mountain as a workplace

When Myles proposed to Hannah

Zamberlan® Virtex GTX boot has been reviewed by Outdoors Magic